This has been and will be a recurring topic on these forums. So I think it is best that we have a thread where we can list our grievances with the modern game industry and discuss things that we would not like to see in LB and BB.

Many Kickstarter projects are oriented towards retro gamers because they see them as their primary audience and many people want to relive the good old days. One of the KS comments said that a good way to market a KS project is to appeal to a disenfranchised group. Retro gamers have not been the gaming industry's primary audience for the greater part of the last decade. The industry now sees us as dead weight because we do not buy their products and they are not interested in appealing to us in the first place.

By nature of its relation to Ecco, The Little Blue will naturally be attracting retro gamers. One of the reasons that BB failed was because it had a torn audience. It attracted the retro gamers because it is a spiritual successor to Ecco, but at the same time it repulsed retro gamers with the notion that it would be a phone game, MMO and feature microtransactions. Maybe Ed has a different audience in mind, but I see retro gamers as LB's primary audience and the best chance of it getting funded. One of the comments even suggested getting the game covered in Retro Gamer magazine.

There are two ways to market to retro gamers: retro-style games, and sequels to retro franchises. The latter is harder to get right, because if you do something wrong you risk stepping on an emotional land mine and it will blow up in your face. Retro style games do not have the same emotional strings attached, but if you force any modern gimmicks on the game, retro gamers will fight back and view it as a cheap, distasteful attempt to market to them and dismiss the game as not retro. The Little Blue can use modern graphics and come to modern platforms, but if you want to market it to retro gamers, the game has to be as traditional as possible and avoid the problems plaguing the modern game industry.

Anyway, these are some things I do not want to see in The Little Blue.

Unfortunately, this fad has never gone away. I have always preferred real time graphics and cut scenes. I like being able to admire a game for its graphics,knowing that it's actually being generated by the hardware and that the developer put effort and spirit into making it. I don't want to watch some movie that was rendered on a powerful PC and slapped on a game disc. If I wanted to watch a movie, I'd go watch a movie, not play a game. When you're playing a game and an FMV starts playing, often looking totally different from the actual game, it ruins the immersion, pace and feel of the game. FMV is also a notorious waste of disc space because video files take up so much space. The reason why so many PS1 games are multiple discs is entirely because of the overuse of FMV.

Games using real time graphics also age better than games that rely on FMV. For example, the graphics in the Megaman Legends series for the original Playstation are drop dead gorgeous for their time. The fact the developers made such good use of the hardware is one of the things the fans appreciate about the series even today. 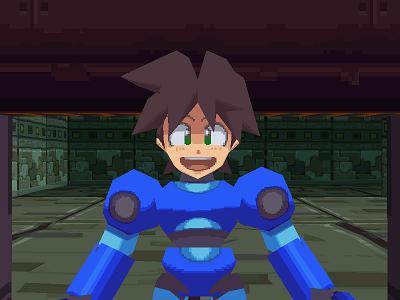 My disdain for FMV is for the same reasons that I prefer pixel art in 2D games to pre-rendered visuals. 2D consoles used pixel art to show off the power and their use of the hardware. This is one of the things people admire about the Ecco games, they look gorgeous on the Genesis when many developers struggled with the console's limited colour palette. Contrast Ecco with other games from the time like Mortal Kombat and Donkey Kong Country, and the latter two look terrible because they used pre-rendered visuals, which always age horribly.

Back on the subject of FMV, I honestly do not understand why it still around today. Sure it was all the rage in the 32-bit era, but there's no reason it still needs to be used today. Even new releases like the latest Uncharted and Final Fantasy games use some FMV for cut scenes even though the hardware is more than powerful enough to provide the look they are going for. The only reason it's still around today is because it's lazy development. It's much easier and faster to render a scene on a powerful PC, make a video out of it and put it on the disc instead of actually using the console's hardware to make that scene. Besides being a fad in the 32-bit era, the only justifiable reason it could have been used was because games had low polygon counts that could not be used to make what developers wanted to do and most companies struggled to make 3D games that even looked decent. There is however, no reason that FMV should still be used today.

Re-releases of games that are not old.

This often takes the form of "HD" re-releases. This generation has seen a constant flood of of re-released Dreamcast, PS2 and Gamecube games. Not only that, we often see re-releases of current generation games in the same generation with next to no new content or justified reason for their re-release. Companies do these re-releases for a quick buck because they're easy to make and slapping "HD" on the end of the title will make people think it's prettier and worth re-purchasing games they already own. For example, look at Deadly Premonition. Deadly Premonition originally released for 360 and PS3, but the PS3 version was Japan only. This year the developer released "Deadly Premonition: The Director's Cut" as a PS3 exclusive in the west. In addition to being a butchered port, the game featured none of the content that was cut from the original game. The only new content that the game featured was 5 minutes of "new" cutscenes that added nothing to the game. This does not justify the $40 price tag. The creator, Swery, even lied about the reason for the game's re-release. He claimed that they did not make much money off the original release which is a flat out lie: the original game literally outsold the latest Call of Duty game when it came out (they both came out around the same time). I am not going to be happy if a year after release, I see "The Little Blue HD" for PS3 with all of $10 of new content.

I've spoken about this in other threads, but this is a point I forgot to add. One of the reasons you can not include microtransactions in free games is because of stuff like this happening:

While the stuff in those articles is the result of poor parenting, if something like that does happen with The Little Blue, it will make Playchemy look bad as a company.

Login to reply
cancel
Mention someone by typing their name
No matching users
http://Playchemy.com
Powered by Forumbee

Join the Big Blue community and help make the most fantastic underwater adventure game ever!